Climate Change is a phenomenon that often pushes scholars to cross the boundaries of their disciplines and approaches. During this panel and discussion, we seek to create an interdisciplinary space where natural sciences, international relations, and global politics can meet. Dr. Katherine Mackey (Earth Syst. Sci.) will offer the explanation of the phenomenon and will discuss the human role in it. Christopher Stoughton (Pol. Sci.) will use international relations theory to discuss the current possibilities proposed within the institutionalized settings of international organizations and inter-states relations. Marcos Scauso (Pol. Sci.) will close by considering the ways in which indigenous voices from the Andean region of South America propose alternatives to the anthropocentric colonial legacies found in much of Western thought. The panel will then include time for questions and discussion.

Marine phytoplankton do half of all photosynthesis on Earth and directly influence global biogeochemical cycles and climate, yet how they will respond to future global change is unknown. As an oceanographer who takes an integrative Earth system approach to research, I address this knowledge gap by studying the biogeochemical activity of phytoplankton over a range of scales, from the cellular level up to global geographical distributions of species and strains. I use culture studies in the laboratory to characterize biochemical processes on a mechanistic level (e.g. photosynthetic pathways, nutrient uptake kinetics), and use field work to verify lab findings, identify the range of responses from natural populations, and determine their implications in nature. A signature of my research is combining emerging techniques such as proteomics and single cell genomics with biogeochemical measurements and modeling to provide global context. This integrative approach is essential because my research is highly interdisciplinary, and the questions I seek to answer span multiple fields of study. My research focuses on three overarching questions: 1. How do phytoplankton sense, acclimate, and adapt to environmental stimuli and global change? 2. What interplay does adaptation cause within natural populations and with their environment? 3. How does the environment drive patterns of phytoplankton diversity and biogeochemical activity?

The Paris Accord on Climate Change, adopted in 2015, was hailed by many in the media and environmental community as a “turning point” in the fight against climate change. Of course we will not know for many years if not decades whether the Paris Accord was in fact a turning point.  However, by bringing to bear key insights from existing theories we can reasonably assess whether the Paris Agreement is likely to be successful in achieving its objectives.  This talk examines the Paris Agreement through collective action and social evolution theories.  Seen through these theoretical lenses it seems much more likely that the Paris Agreement will provide cover for a business as usual scenario for the near future rather than be a turning point that leads to transformative change.

Marcos Scauso
Anthropocentrism and the Environment

According to Indigenous movements, much of the Western political thought used by states throughout the world to organize societies and to shape their futures relies on anthropocentric foundations that lead to deleterious consequences. It proceeds from assumptions that entail the price of identity for some, the exclusion of “others,” and the domination of nature. To the contrary, Indigenous intellectuals from the Andean region of South America explore possibilities of coexistence beyond these problems and their ramifications. These voices from the South seek to expand the possibility to think about a form of identity and equality that can also respect differences. In order to achieve this goal, Indigenous intellectuals sought to create a more dynamic form of coexistence, which could include several inter-human notions of equality (i.e., intersectionality) together with a non-anthropocentric relationship with nature. This discourse constructs a precautionary and self-reflective approach to knowledge, a more balanced relationship with nature, and distributional justice. It deconstructs Colonial legacies, while proposing alternatives to think about some of the most pressing concerns of global politics and globalization. 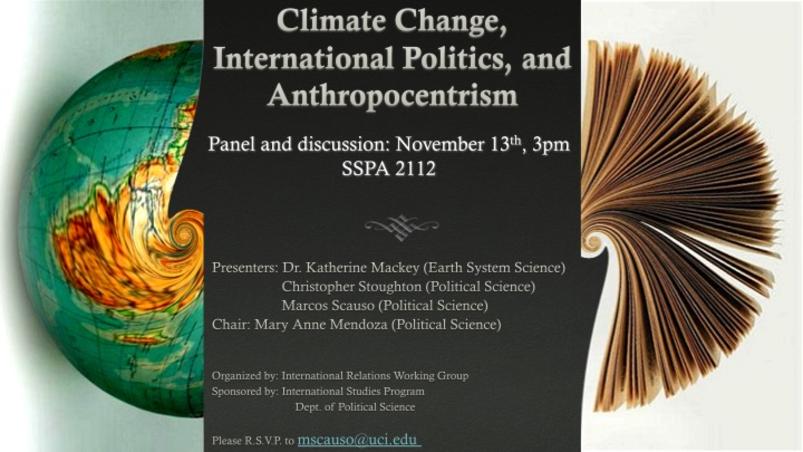